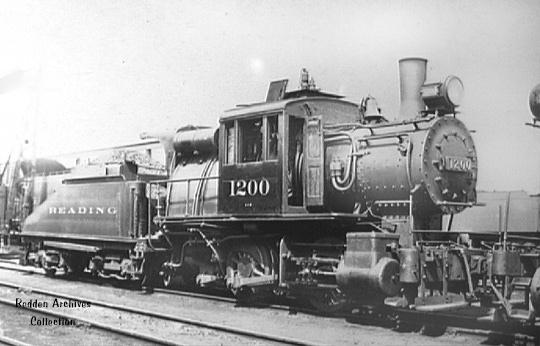 The Six-Coupled locomotives shown were Camelback types, which had the cab located midships and athwart the boiler, giving rise to both the peculiar appearance and name (the locomotive with the hump in the middle, hence camelback).  The Reading locomotive shown above is a switcher, designed for use in a freight yard; similar locomotives from the Central Railroad of New Jersey (Jersey Central) are shown below. 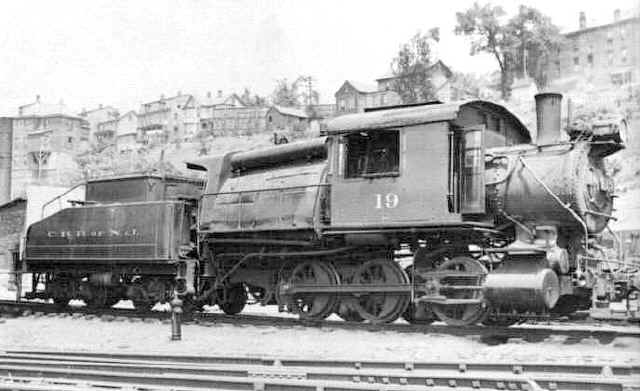 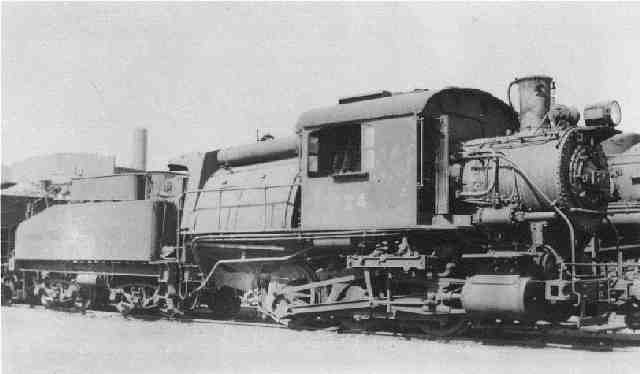 Here is a photo that I took of a traditional rear cab 0-6-0 Six Coupled switcher, class B-6, from the PRR.  It's preserved at the Railroad Museum of PA. 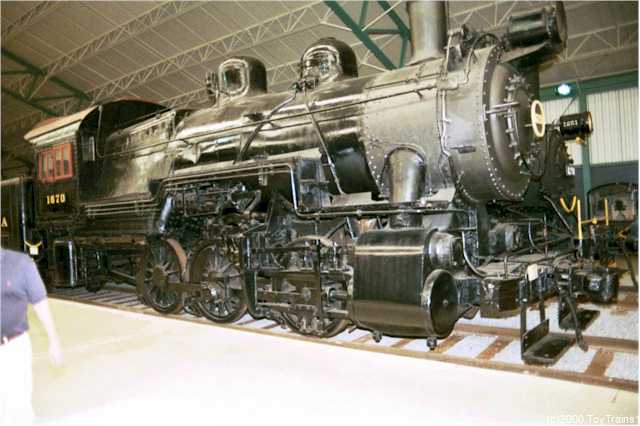 Here are a few photos of the MTH RailKing model of the six-coupled switch engine shown above, brought out in early 2001. It's a pretty good model of the original, especially given that it's from the lower-priced RailKing line. 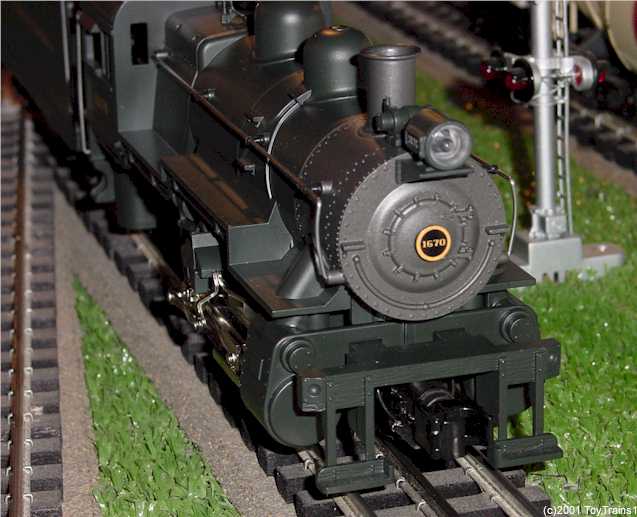 In July of 2007, MTH brought out a Premier line model of the B28 USRA 0-6-0 steam locomotive.  Designed by the United States Railroad Administration during the first world war, this was a standard design that was used by many railroads.  This is the model as  used by the PRR.  It is exquisitely done with a level of detail that simply blows away the little B6 above.  The first photo shows the locomotive and tender broadside:

The next shows the locomotive alone:

The third photo shows the tender:

The next shows detail around the cab: 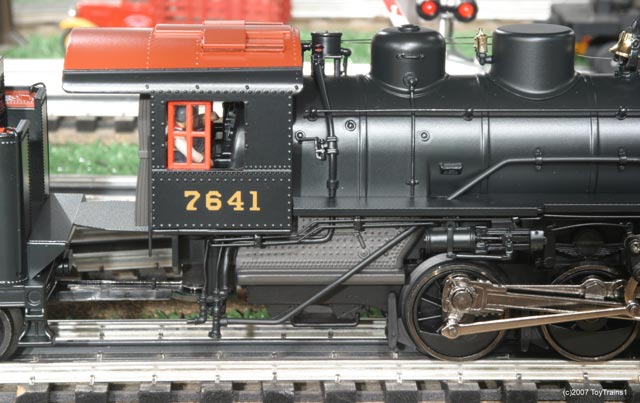 The next photo shows detail around the front end of the locomotive: 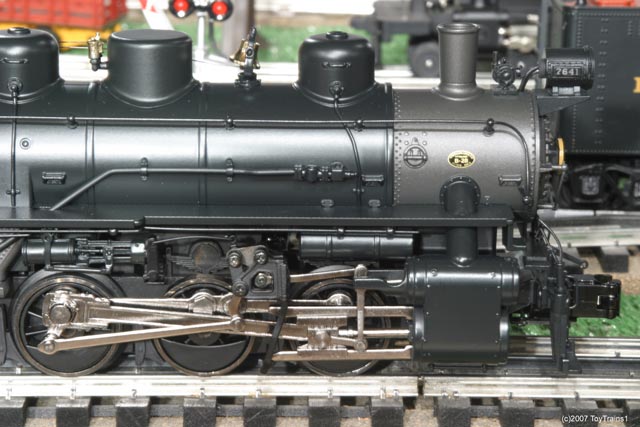 Here's the 'face' of the locomotive: 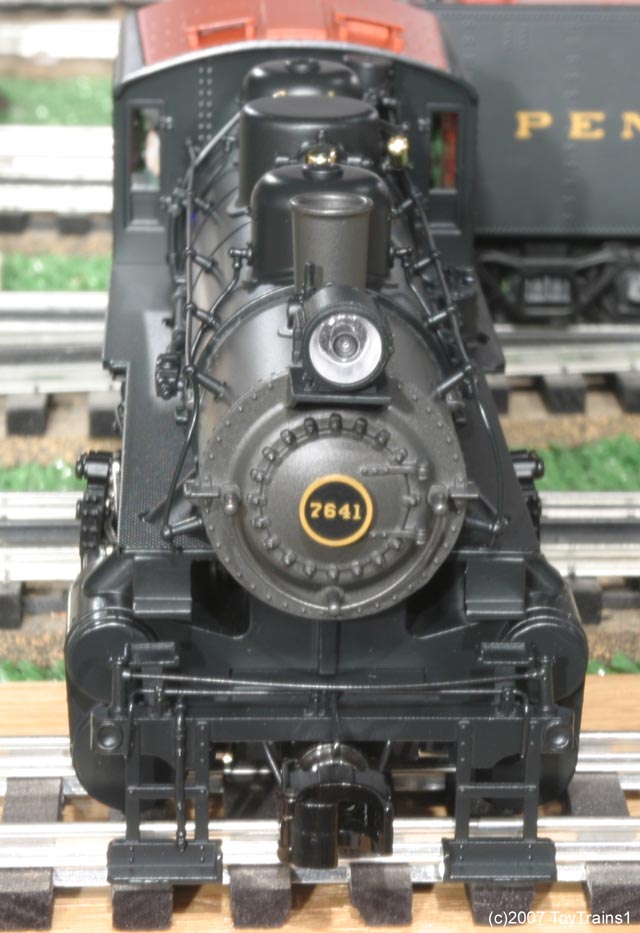 The obligatory shot showing the locomotive under power and smoking: 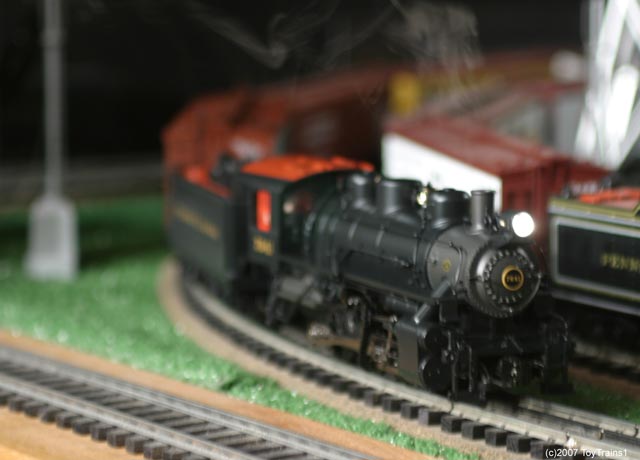 All of the text contained within this page and all of the photographs and videos taken by ToyTrains1 are copyright (c) 2000 - 2020 by ToyTrains1, and may not be reproduced, in whole or in part, without the written consent of ToyTrains1.

If you wish to use any of my content, please see my detailed copyright statement for terms and conditions of use.